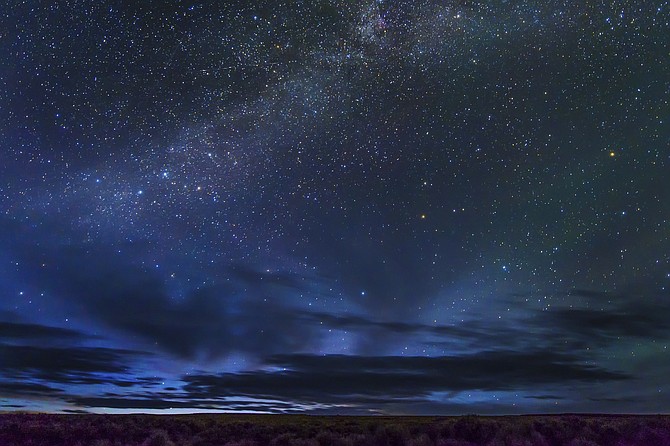 In this May 2, 2017 photo provided by Kurt Kuznicki is the Massacre Rim Wilderness Area in northwestern Nevada, 150 miles north of Reno and near the state line with Oregon. Massacre Rim is one of two areas designated as "dark sky sanctuaries" in Nevada. A bill passed by the Nevada state Senate would create a state program to encourage tourism and preservation of dark sky places. (Kurt Kuznicki via AP)