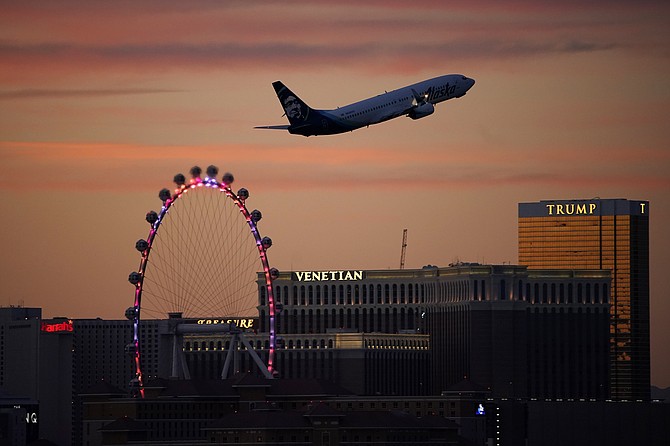 Photo: John Locher/AP A plane takes off from McCarran International Airport on Tuesday in Las Vegas.