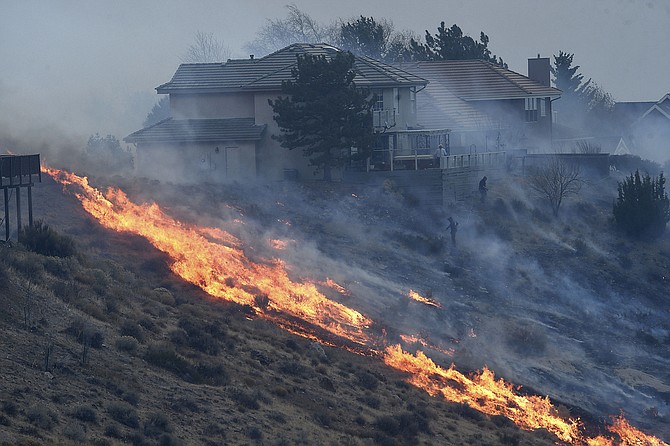 FILE - In this Nov. 17, 2020, file photo, people try to protect their homes during the Pinehaven Fire in the Caughlin Ranch area of Reno, Nev. Fire investigators say arcing power lines in gale force winds started a brush fire that destroyed five homes and damaged two dozen others in a south Reno neighborhood in the foothills along the Sierra in November. Reno Fire Marshal Tray Palmer said Tuesday, Jan. 19, 2021, they investigated but ruled out the possibility the Pinehaven Fire in Caughlin Ranch was caused by a campfire, target shooters or off-road enthusiasts on motorcycles or ATVs. (Jason Bean/The Reno Gazette-Journal via AP, File)