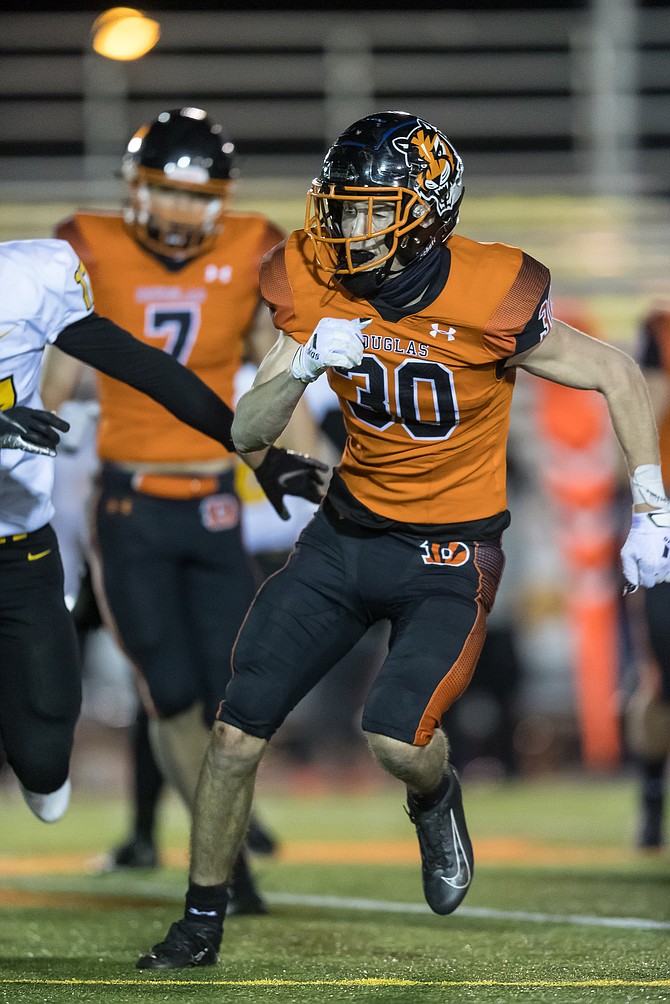 Christopher Smalley, who verbally committed to the University of Nevada, Reno football program Monday, runs to make a play this past spring against Galena.
Photo by Ron Harpin.