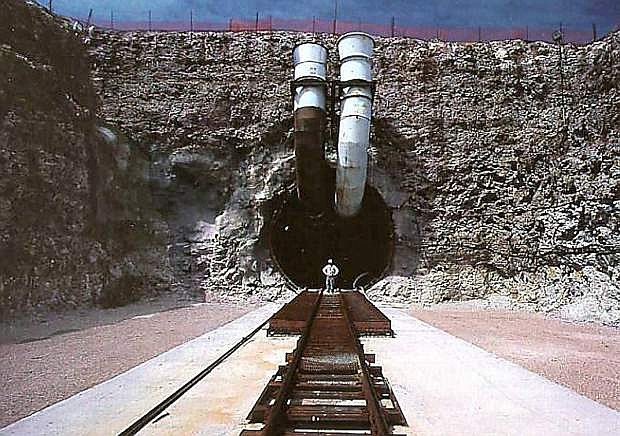 This is the south entrance to a tunnel at Yucca Mountain. Gary Duarte, director of U.S. Nuclear Energy Foundation, recently told Churchill County Commissioners Yucca Mountain still have many benefits for its use.