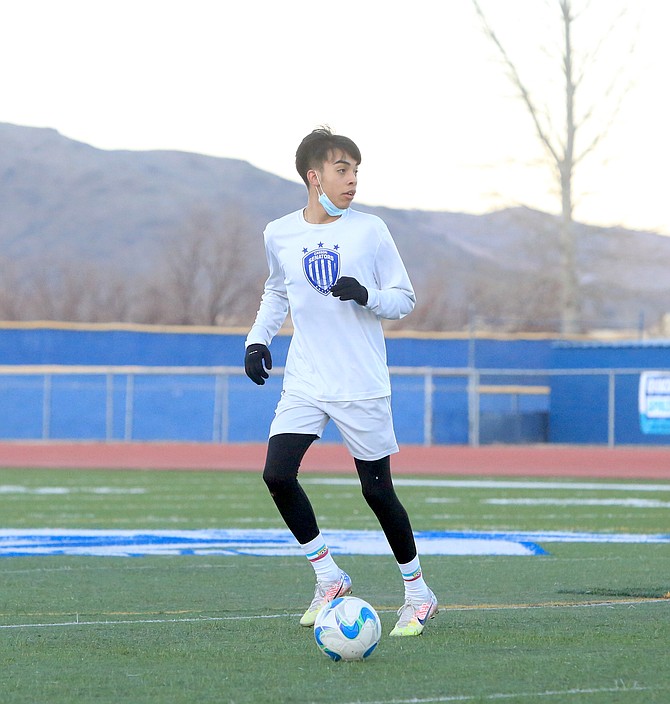 Carson High's Christohper Camacho keeps his head on a swivel during practice earlier this week. Head coach Frank Martinez expects Camacho and several other upperclassmen to help lead a team that is without 14 seniors from a season prior.