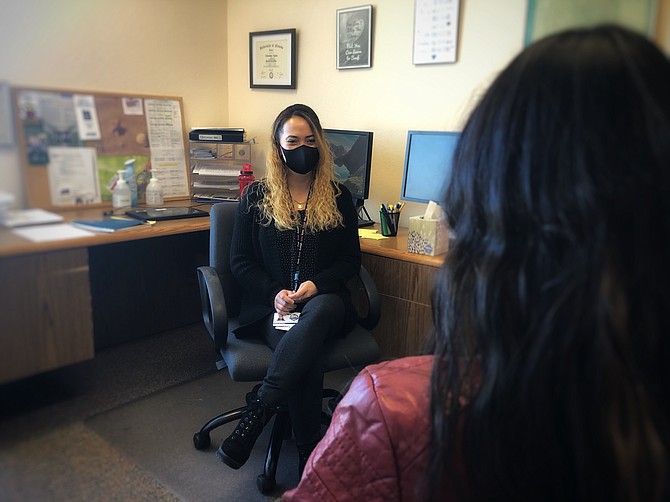 Alejandra Ayala, who began working with the Carson City School District’s elementary level in 2016-17 and transferred to the high school level as a social worker, said she enjoys working with students and families.