With 17 sophomores on the roster, Carson determined to find building blocks 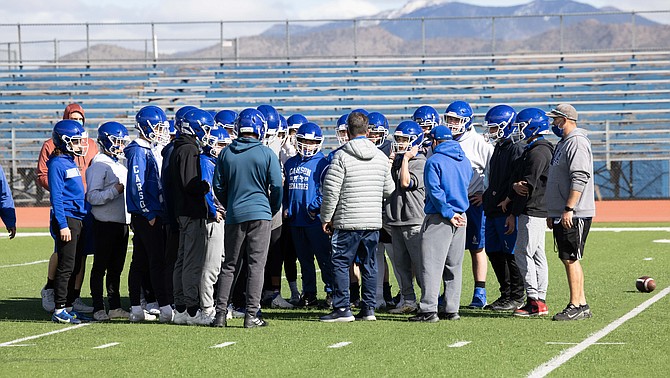 The Carson High football team listens to head coach Blair Roman during practice last week. The Senators will have plenty of youth on the roster this season, but Roman and the rest of the coaching staff expects to see some bright spots turn out after the shortened season. Jeff Mulvihill, Jr. | InstaImage