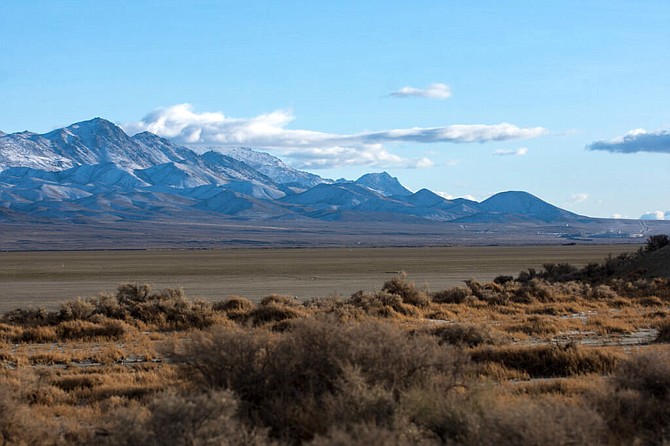 The Black Rock Desert on Dec. 31, 2020. Blockchains LLC purchased water rights in a nearby groundwater basin about 100 miles from its land in and around the Tahoe Reno Industrial Center.
Photo: David Calvert / The Nevada Independent