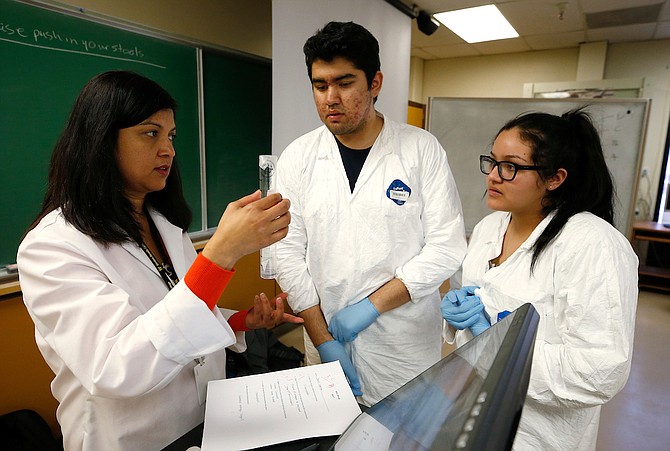 Courtesy WNC Smriti Bhattarai, a biology professor at WNC, works with students in a biology lab. Bhattarai has been leading students in Nevada INBRE research projects at the Carson campus. She was recently one of three WNC professors awarded tenure by NSHE.