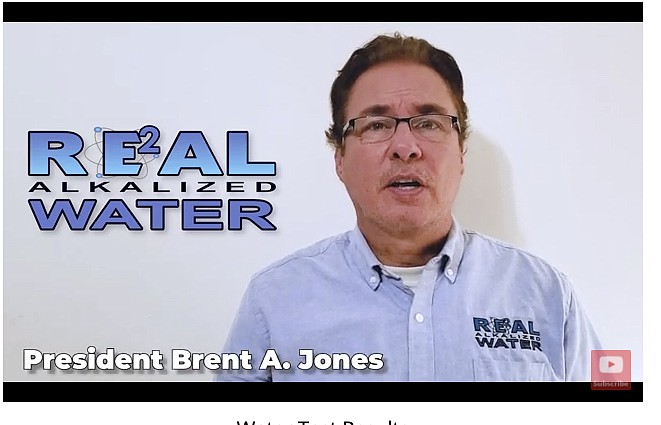 A screen grab from a video on the Real Water website, drinkrealwater.com, featuring Brent Jones.