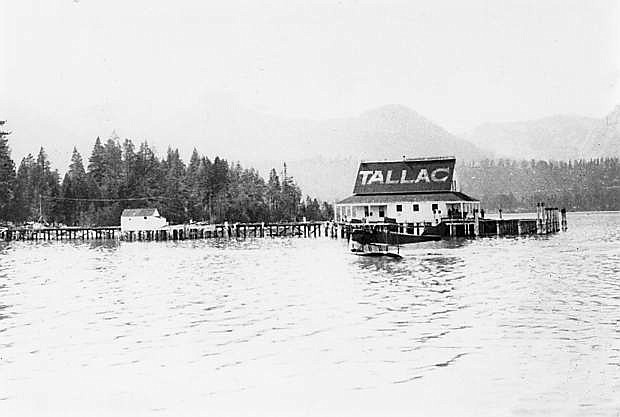 By Trent Dolan and Sue Ballew

Our Municipal Election. Next Monday the people of Carson will be called upon to choose three City Trustees. The Act incorporating our city made Henry F. Rice and A. B. Drisbach of the First Ward, David A. Bender and William H. Corbett of the Second Ward and Jacob Klein from the city at large the first Board of Trustees, and directed that the Trustees of the First and Second Wards, after taking the oath of office, and before transacting any business, should draw lots to determine the length of their terms.
140 years ago
Yesterday the idlers on the street had their time fully occupied by watching the moving of W.D. Torreyson’s blacksmith shop. It was taken up bodily and moved form its old location near the freight depot to the rear of Mr. Torreyson’s new shop, a distance of nearly a mile. the movement of the 50 x 40 foot shop cost the owner $125.
130 years ago
There was a genuine “Dutch picnic” at Gardnerville Sunday; pistols, sausages and Limburger were extensively used, but no serious damage was done save one of the participants being slugged along-side the head with a sausage.
120 years ago
The business men and citizens of Carson are talking over the plan of holding a street carnival in this city on the Fourth of July instead of giving the every year celebration. Plans as yet are only embryo, but promises to bring the best entertainment that Carson ever held.
100 years ago
Tuning Up The Machine. W.D. Alexander, who has the mail contract to Lake Tahoe from this city, is tuning up his automobile for the season’s run. He makes his first schedule run to the lake Monday and it is a daily performance from that time on.

Sunday
150 Years Ago
Lake Bigler (Tahoe): J. M. Benton has put on a daily line of 4-horse coaches from Carson to the Glenbrook House, connecting the steamer Truckee across Lake Bigler with Burk & Co’s stage line to Truckee City, making close connection with the passenger trains of the Central Pacific Railroad. The new lines takes passengers from Virginia (City) to the railroad by daylight, giving them a chance to see the most beautiful and grandest scenery. Hank Monk is driving Benton’s stage to the lake. Fare from Virginia (City) to Truckee is $7; from Carson to Truckee, $5.50.
140 Years Ago
Jottings: The survivors of the Donner Lake party are getting up a reunion on the spot where the famous starvation tragedy was enacted.
Chinamen who fear the opium law are resorting to the use of whiskey for exhilarating purposes.
130 Years Ago
Traveling circus: At Shields, England, a little midget girl only 37 inches high was married to Professor Hadley, 6 feet 1 inch high. Humbert the man without arms, gave the bride away. The Bridesmaid was Miss Nina, the American giantess who weights 616 pounds; best man was Captain Dallas, who is 8 feet 10 inches high. All were connected with a traveling circus.
100 Years Ago
Notes of interest: Phil McGrath is in this city looking over mining property. (Foreman-Roberts House).
70 Years Ago
Dedication: The Dedication of Mills Park is slated for May 20, 1951, according to Nick Carter, Parks Committee Chairman.
20 Years Ago
Retiring from teaching: Bonnie Parnell, Carson City’s Assemblywoman is retiring from full-time teaching to devote more time to other interests. Parnell is a Democrat in her second term of representing District 40. She has taught in the Carson School District for 23 years.

Tuesday
150 Years Ago
The Capitol sinking: The Capitol building was erected in a hurry resulting in the foundation giving way until nearly every window sill in the east and west wings have broken, and the walls have cracked for a considerable distance.
130 Years Ago
All sorts: The Red Men’s dance is the next social event. The warm weather is here, straw hats and white dresses don our thoroughfare. Perch are said to be so thick in little Washoe Lake that they can be caught by the buckets full.
100 Years Ago
Advertisement: “Circus is coming! Leisure Hour Hall. The greatest aggregation of wild animals, bare-back riders, clowns, etc. Grand concert, side shows and a one-act plays. The usual circus lemonade and peanuts will be sold during the circus. The Greatest Band on Earth will be There. Admission: Adults, 50 cents, Children, 25 cents.
70 Years Ago
Valley residents and firms contribute: Minden and Gardnerville came through with prizes for the Carson-Tahoe hospital benefit party according to Chairman Ella Broderick.
20 Years Ago
Photo caption: Dustin Grate, a Reno native and Carson City Sheriff’s deputy, competed in the Reno Survivors Painted Rock series. Grate identifies most with Colby from Survivor II, the Australian Outback.

Trent Dolan is the son of Bill Dolan, who wrote this column for the Nevada Appeal from 1947 until his death in 2006. Sue Ballew is the daughter of Bill Dolan.