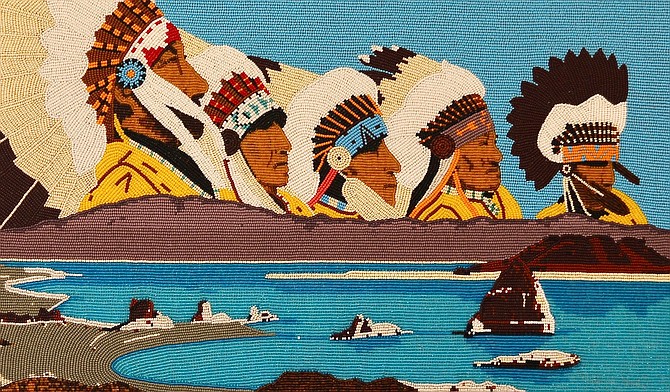 Work by Burton Pete, a Northern Paiute from Schurz.