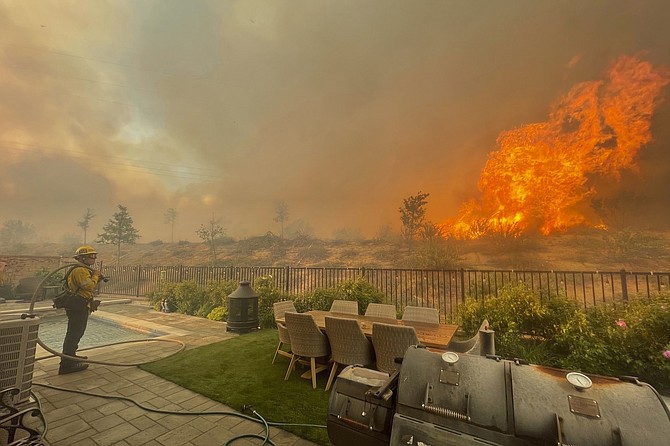 A firefighter prepares to battle the North Fire from a backyard on Via Patina, in Santa Clarita, Calif., on April 28. (Photo: Emily Alvarenga/The Santa Clarita Valley Signal via AP)