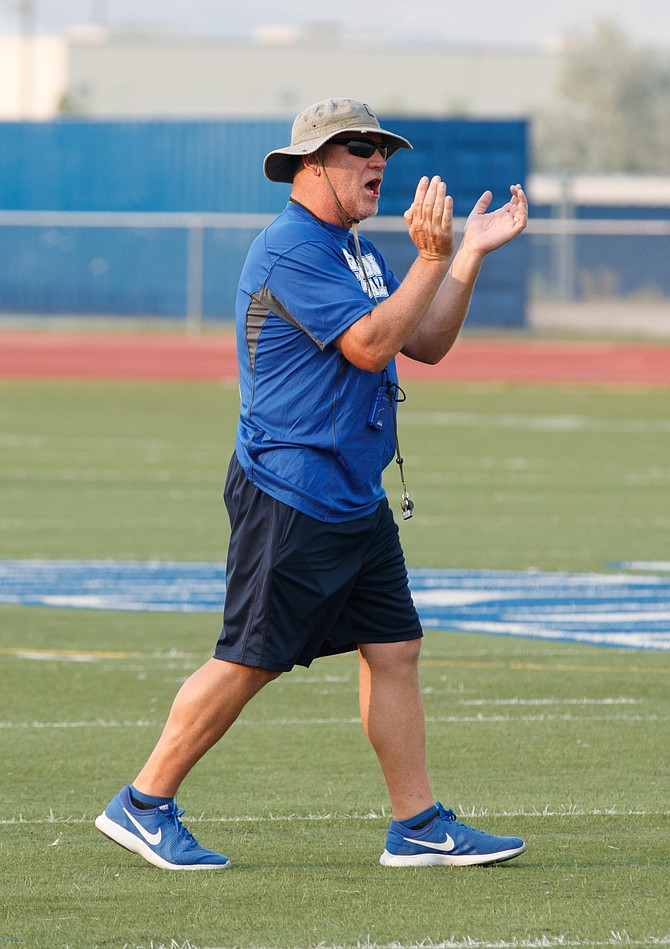 Carson High football coach Blair Roman confirmed Wednesday afternoon that he was resigning from the position after 14 seasons at the helm.

The veteran coach posted a record of 80-65 over his career with the Senators and was 43-33 in league/region games after starting his head coaching tenure with the program in 2008.

Starting in the fall of 2010, Roman helped put together a stretch of making five regional title games in a six-season span. The last regional final came in 2015 where the Senators fell to Reed.

During those six seasons, Carson posted a win-loss record of 52-18.

Roman had numerous players go on to compete at varying levels of collegiate football while he served as head coach.

Roman himself is a Douglas High School graduate and the field in Minden in name in his father’s honor – Keith Roman Field.

In his final season with Carson High football, the Senators bested Douglas, 17-15, on a game-winning field goal.

Editor's note: This is a breaking news story. Stay tuned for a more in-depth story.