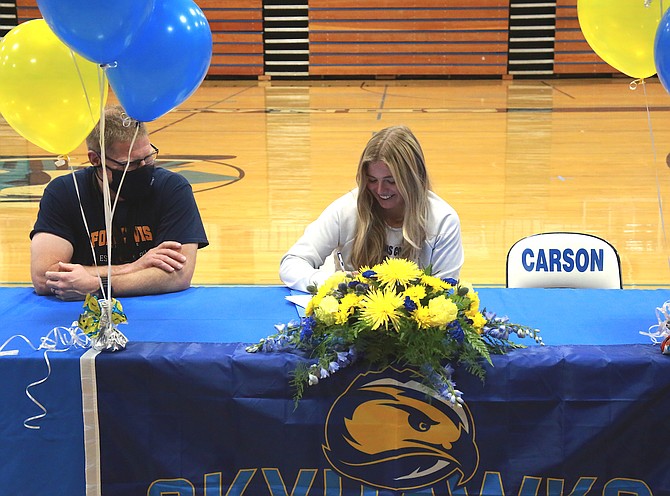 Carson High’s Caydee Farnworth signs her Letter of Intent to play softball at Fort Lewis College in Durango, Colorado next fall. The Skyhawks are a Div. II program in the Rocky Mountain Athletic Conference (RMAC).
Photo by Carter Eckl.