Taggart to continue golf career at next level 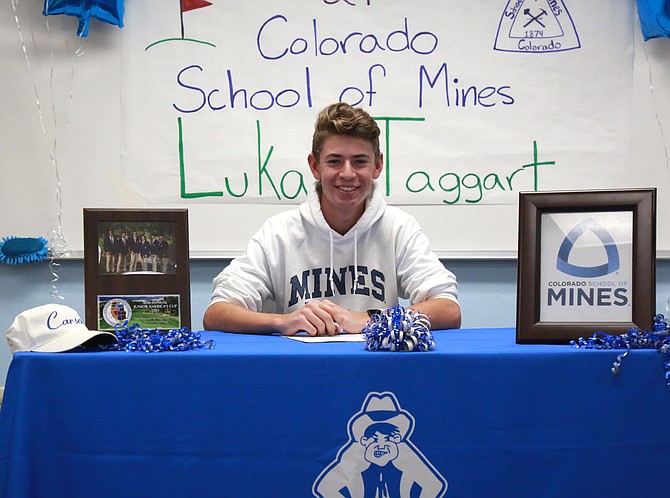 Carson High golfer Lukas Taggart smiles after signing his Letter of Intent to continue his athletic and academic career at the Colorado School of Mines Wednesday inside of Carson High School.
Photo by Carter Eckl.