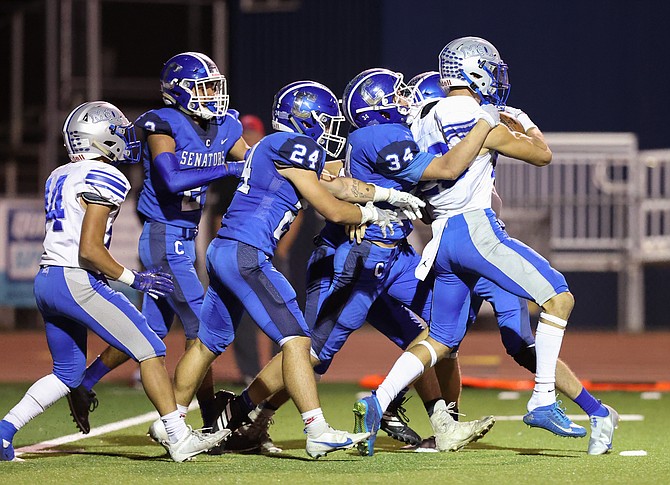 Carson High senior linebacker Ben Heaton (34) leads the pile for a tackle against McQueen. Heaton was named as the Class 5A North’s Defensive Player of the Year while Wes Dunkin (24) and DeCarlo Quintana (9) also earned honorable mention all-region selections at defensive back.
Photo by Jeff Mulvihill, Jr. | InstaImage.