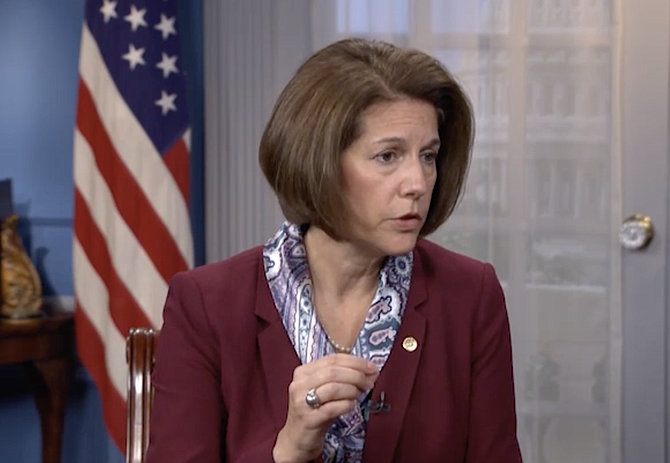 U.S. Sen. Catherine Cortez Masto is seen in a screenshot from her appearance on Nevada Newsmakers that aired Sept. 29, 2021.