Overdose deaths up sharply in Nevada 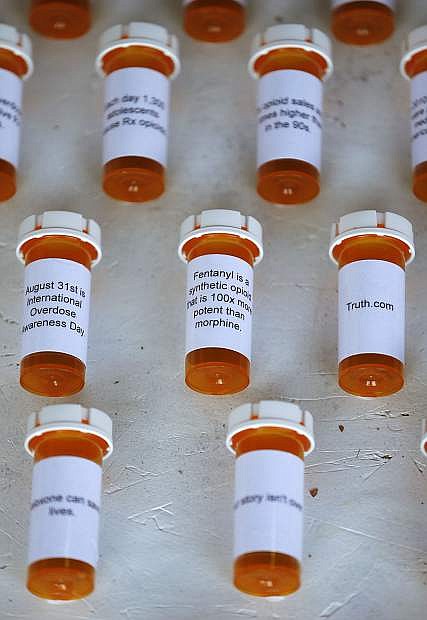 Sam Szoyka, youth program coordinator with Partnership Carson City, builds a display to raise awareness about opioid addiction in Carson City on Wednesday. The 408 prescription bottles, each covered with a statistic about opioid addiction, represent the number of Nevadans who died from an opioid overdose in 2016. The piece can be viewed at Carson and Musser Streets in front of the Capitol.