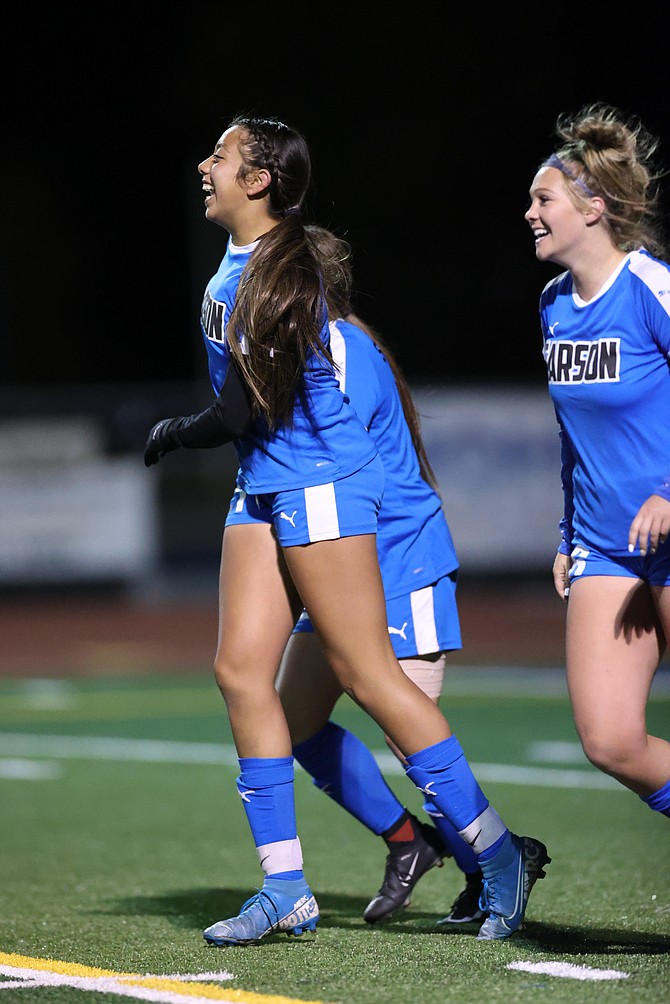 Monserrat Iza (21) smiles amongst her teammates after scoring in the final moments of a 2-2 tie against Damonte Ranch Tuesday night on Senior Night.
Jeff Mulvihill, Jr. | InstaImage

Monserrat Iza ties it up in the final moments from just outside the box. Senators earn a point on Senior Night. pic.twitter.com/UOEEmUCGLp