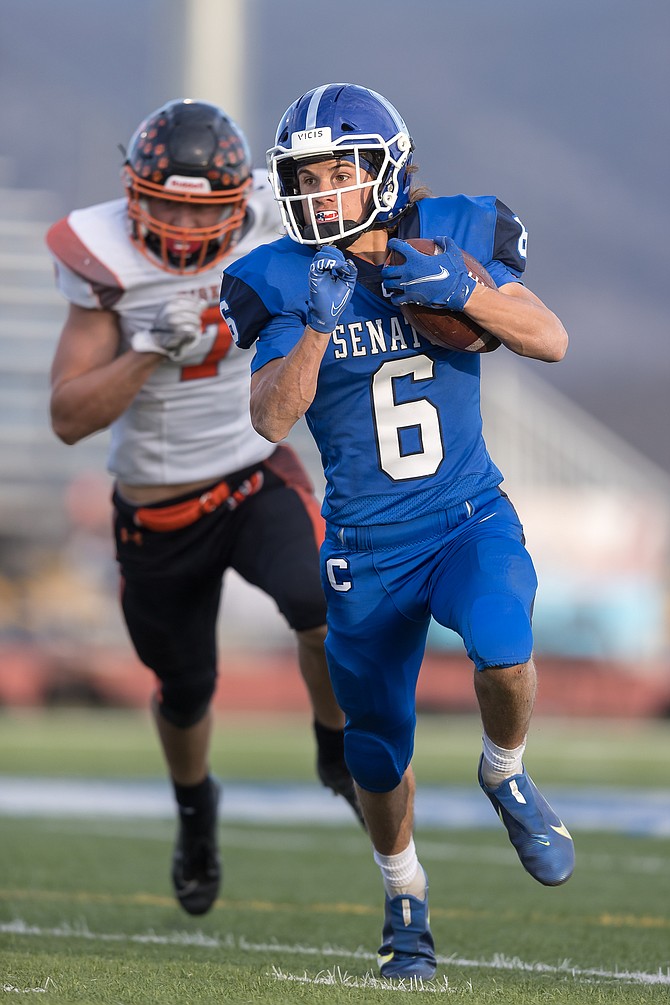 Carson High’s Parker Story (6) runs for a first down against Douglas last season. Story, a senior, will try to help lead the Senators to their first win over the Tigers in their last four contests Friday.
Photo by Ron Harpin.