Spirit of Halloween in strong force at Hangtown Music Festival 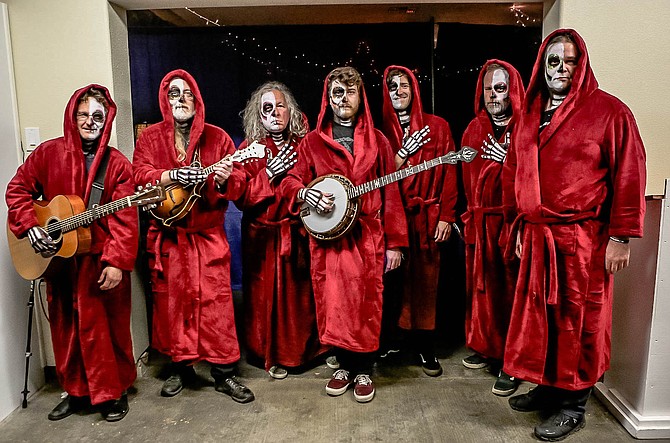 Railroad Earth shows off their costumes before going on stage in 2019. (Photo: Susan J. Weiand)