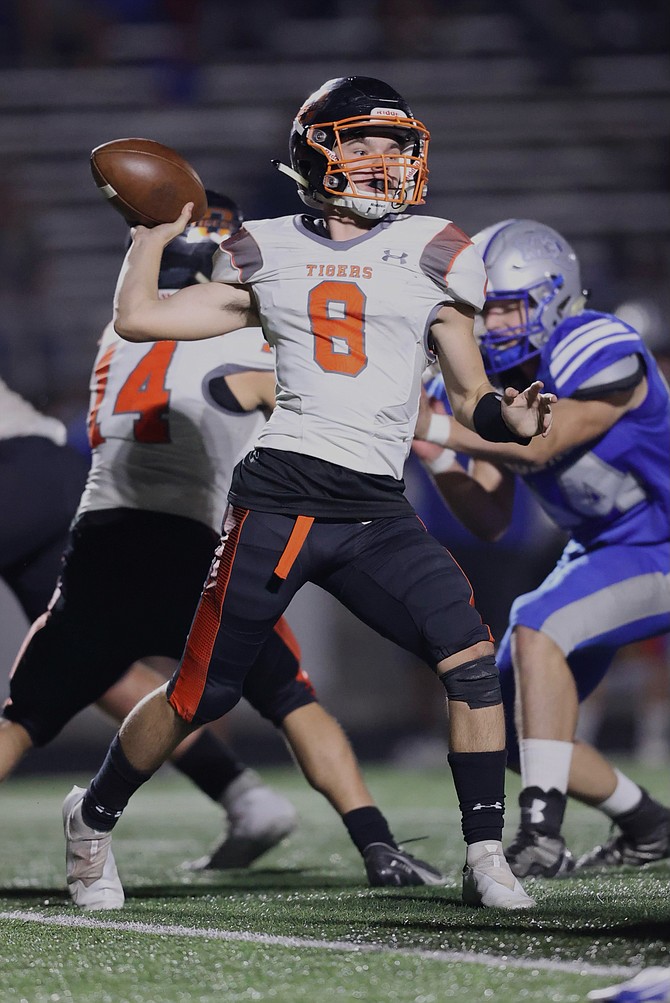 Sophomore quarterback Owen Evans winds up to throw a pass against McQueen last Friday. Douglas football is hoping to get its first home game of the season in Friday night against Reno.
Photo by Ron Harpin.