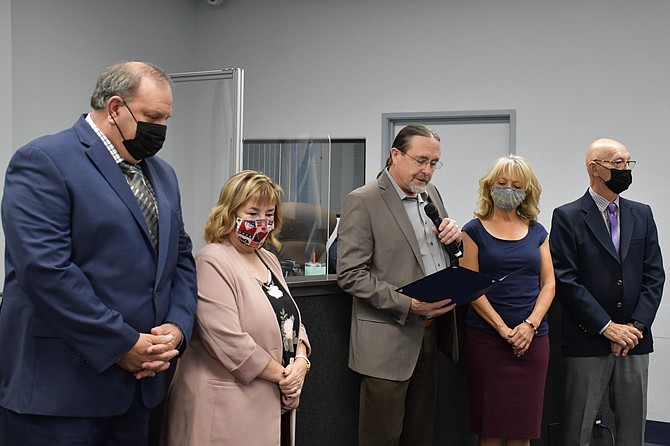 Supervisor Maurice White reads a proclamation by the board Thursday to recognize Constitution Day on Sept. 17.