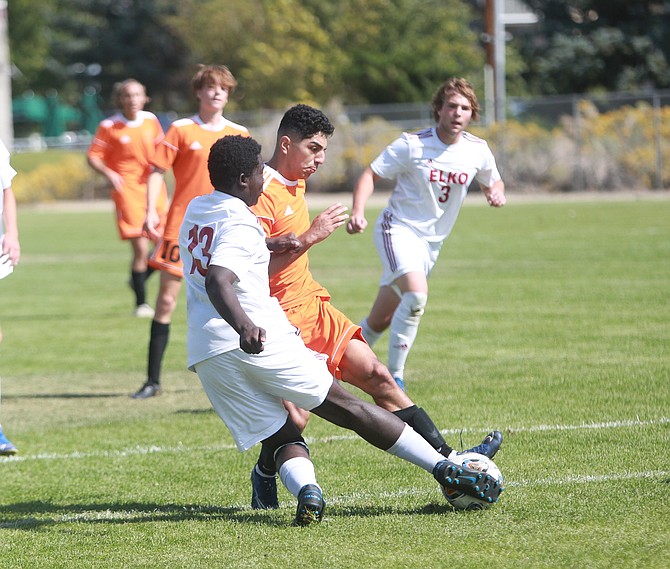 Douglas' David Jauregui-Fausto (11) attempts a shot in the box while Elko defender Jeremy Ankomah slides in to stop him.
Photo by Carter Eckl. 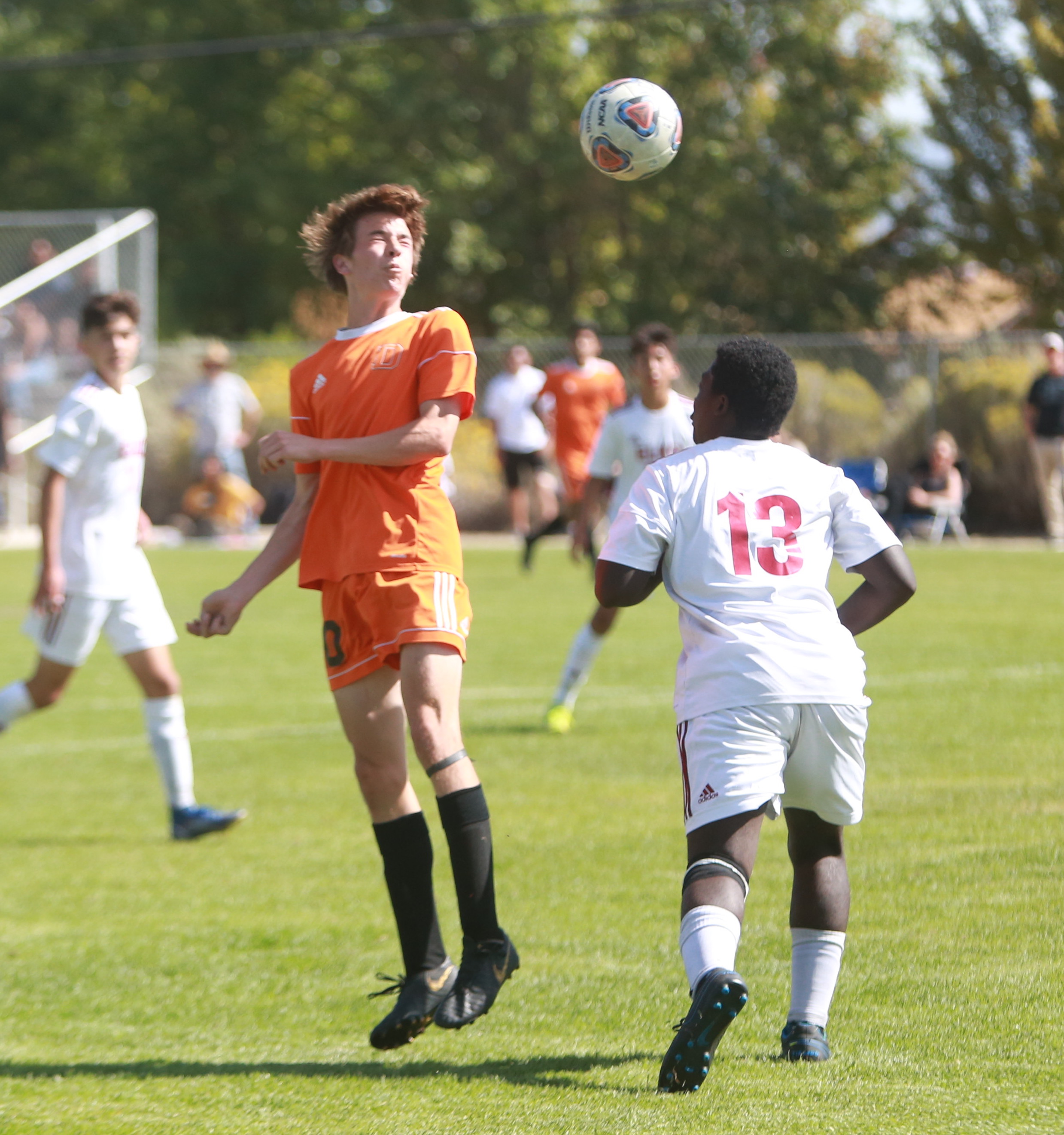 To read the Tigers' season outlook, follow this link: https://www.recordcourier.com/news/2021/sep/13/riding-high-early/ 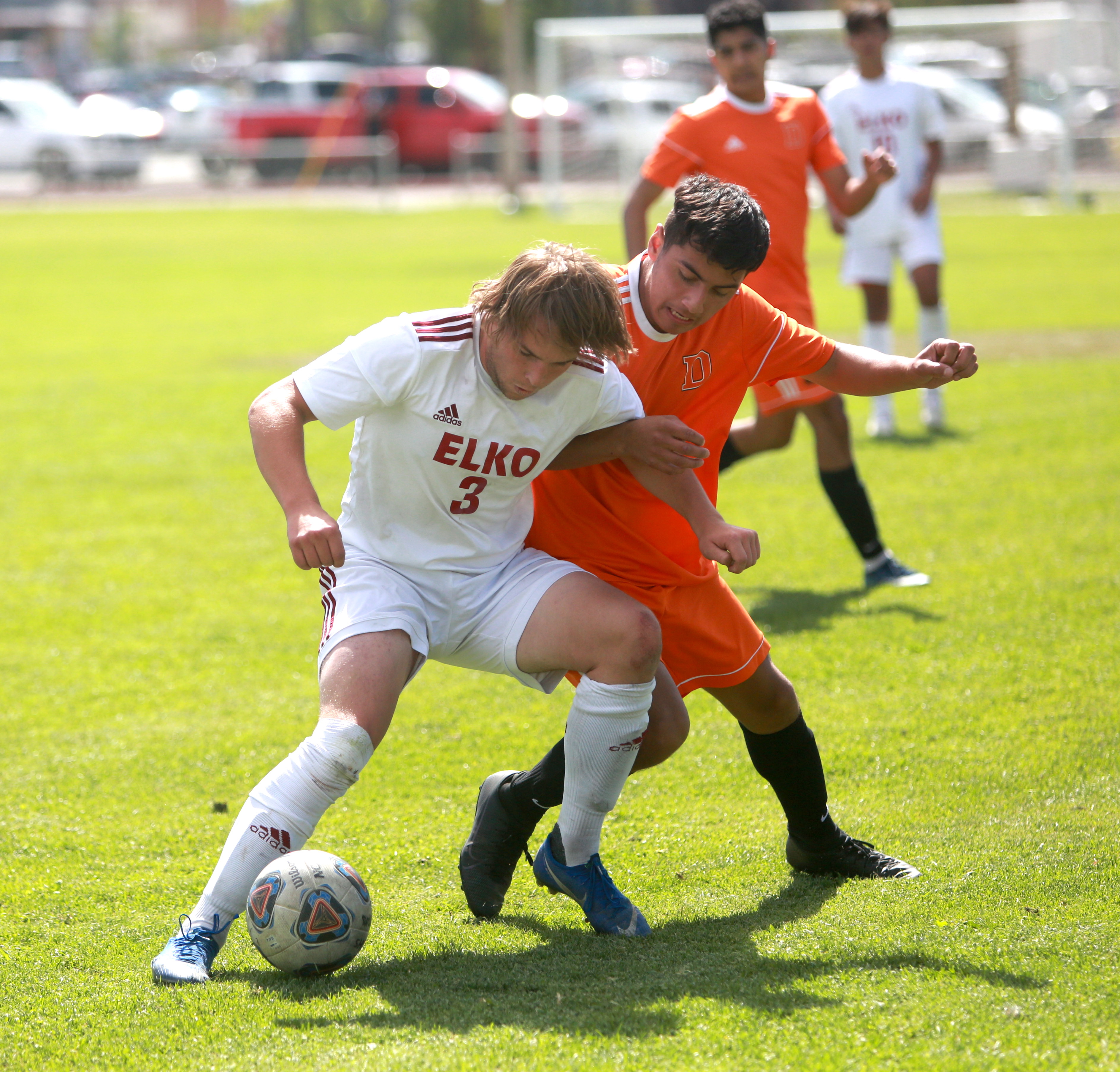