Senators on win streak for first time since 2017 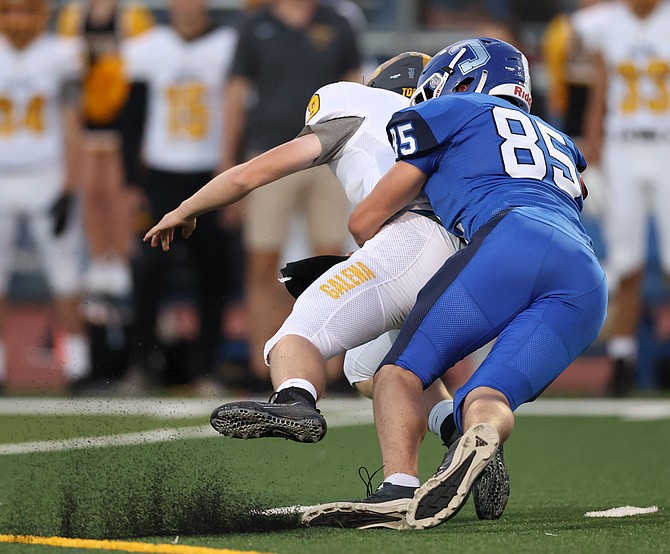 Carson High defensive end Zane Peterson (85) makes a tackle on a Galena runner Sept. 10. Peterson is inside the top 30 in Northern Class 5A with 20 tackles in three games.
Jeff Mulvihill, Jr. | InstaImage