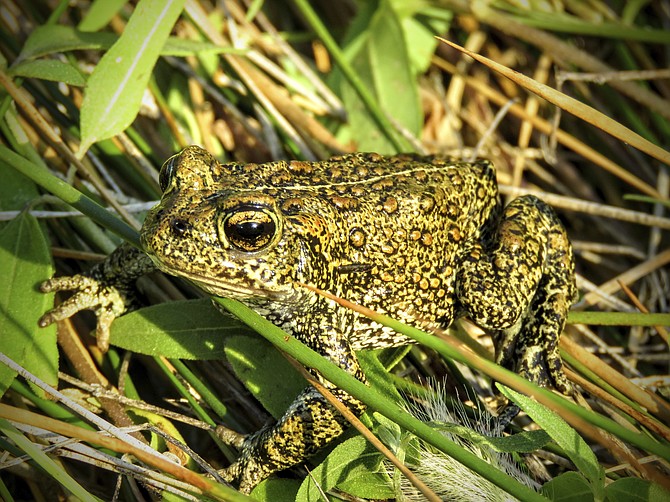 A rare Dixie Valley toad sits in grass in June 2017 in the Dixie Meadows in Churchill County. (Patrick Donnelly/Center for Biological Diversity via AP)