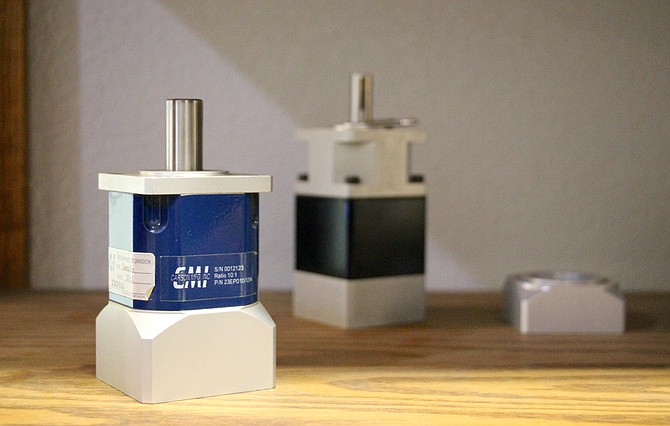 Carson Manufacturing keeps a display shelf in the office full of gearheads, aeronautical components, hard drives, and other products it has designed and built over the decades. (Photo: Faith Evans/Nevada Appeal)