Cauley has next bout at Bellator 284 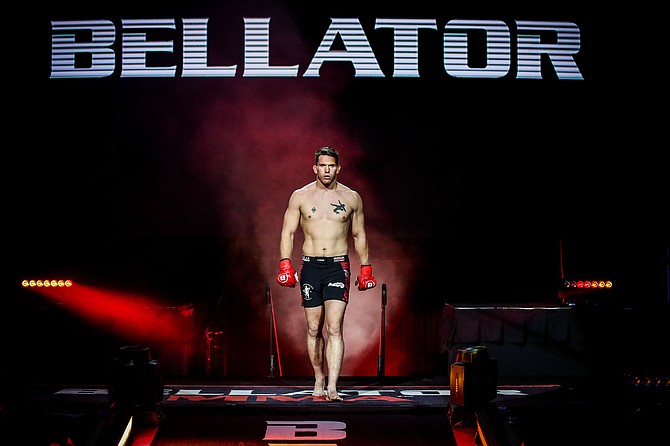 Sullivan Cauley walks out under the Bellator logo prior to his latest fight in January. Cauley is set to take on Tyson Jeffries at Bellator 284.
Courtesy Bellator MMA / Lucas Noonan