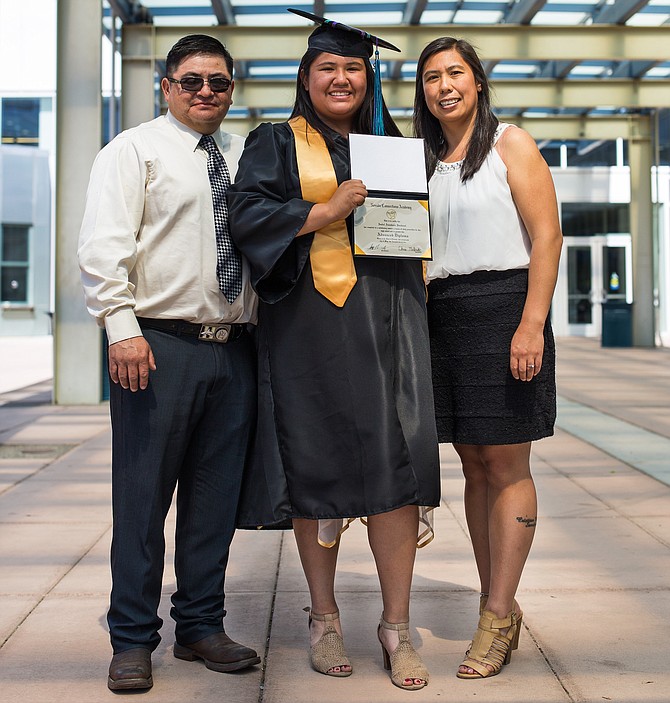 Isabel Sandoval poses with her parents on graduation day from Nevada Connections Academy.