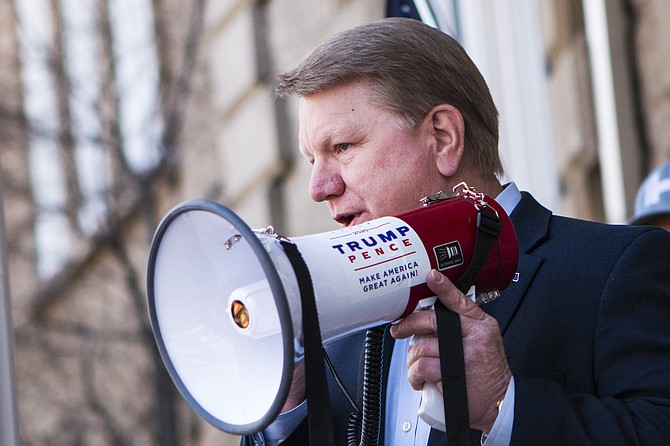 Former Assemblyman Jim Marchant addresses a crowd in front of the Capitol on March 4, 2021, in Carson City.
Ricardo Torres-Cortez/Las Vegas Sun via AP