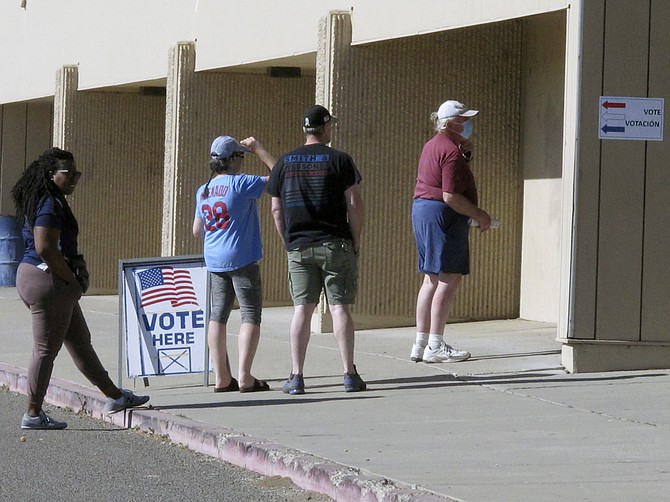 Washoe County voters line up outside a gymnasium at Reed High School in Sparks on June 14, 2022, for Nevada's primary election.
Scott Sonner/AP