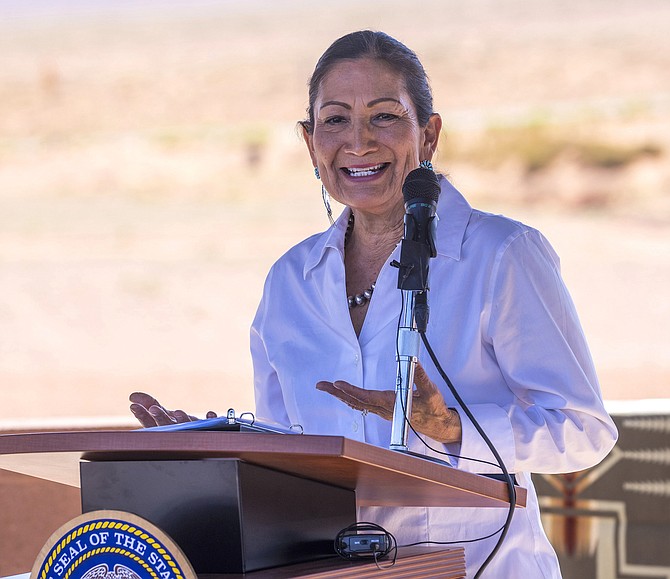 U.S. Secretary of the Interior Deb Haaland in Monument Valley, Utah on May 27, 2022.
Rick Egan/The Salt Lake Tribune via AP