For some tribe members in Nevada, hurdles to voting remain 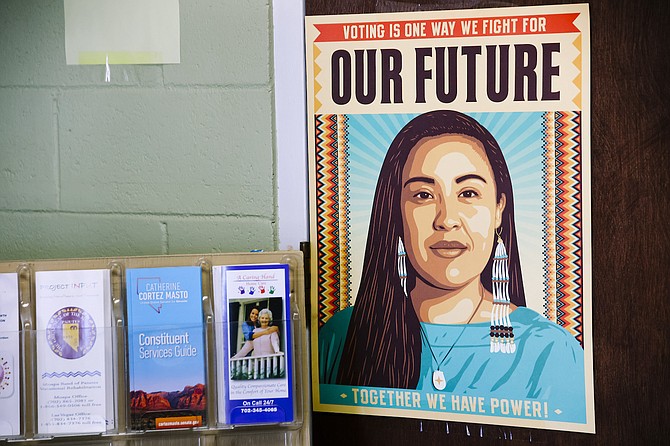 A poster hangs on a door at the Moapa-Paiute Community Center at the Moapa River Indian Reservation in Moapa on June 14, 2022.
Wade Vandervort /Las Vegas Sun via AP