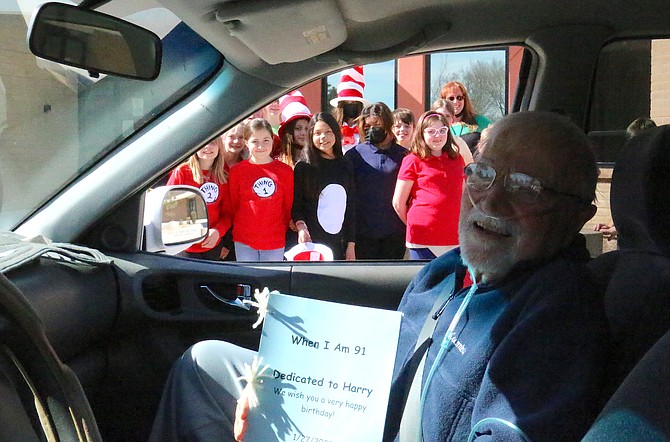 Carson City resident Harry Chalekian, 91, on Tuesday shows a birthday gift created by Seeliger Elementary School fifth graders who honored him by expressing what they hoped to accomplish by the time they turn 91. (Photo: Jessica Garcia/Nevada Appeal)