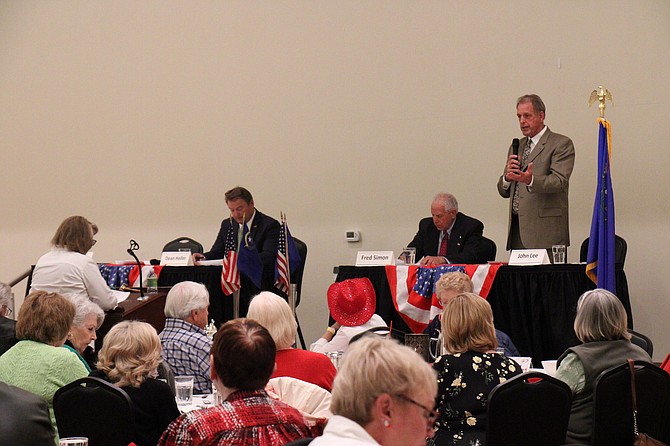 John Lee, Dean Heller and Fred Simon agreed that if elected governor, they would all like to deregulate the mining industry, get rid of mail-in voting, institute policies friendlier to small businesses, and lower taxes.
Faith Evans/Nevada Appeal