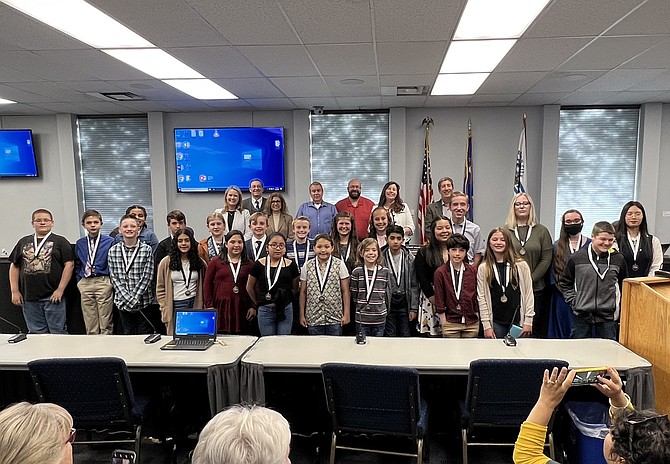 The Carson City School District honored 32 students Tuesday as “Distinguished Students,” chosen by administrators for having outstanding qualities or being good scholars this school year.

The Carson City School District at Tuesday’s school board meeting recognized 32 individuals with the “Distinguished Student Award.”
The student winners were selected by administrators and recognized from their respective schools as having specific qualities, skills and characteristics that distinguished them.
The award defines the term “distinguished” as something special in a person that can be recognized or identified from others by unique features or characteristics. The word implies any subtle or small differences that are good or honorable that sets one person apart from others. Winners of this award can be identified as good scholars, helpful, on-time, nice, obeying the rules and protecting others.

“The students being recognized have demonstrated qualities and characteristics that are significantly different and honorable from their peers,” said Richard Stokes, Carson City School District superintendent. “Each of these winners retain a certain moxie that cannot be tested or measured in the classroom but is evidenced in their day-to-day actions and overall likeability and continual happy attitude.”

Listed below by grade level and school site is the first and last names of each distinguished student: