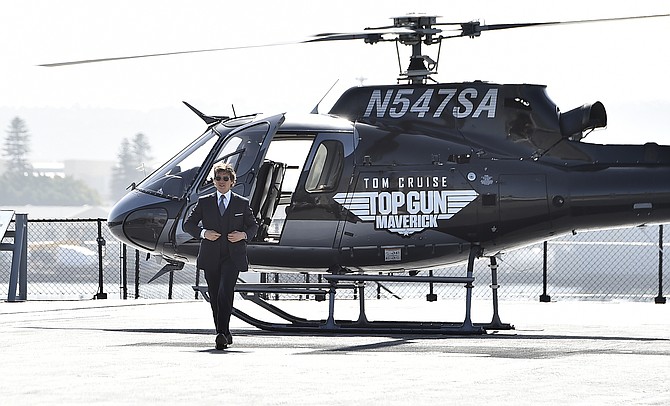 Tom Cruise walks to the red carpet after riding a helicopter to the world premiere of "Top Gun: Maverick" on May 4 at the USS Midway in San Diego.