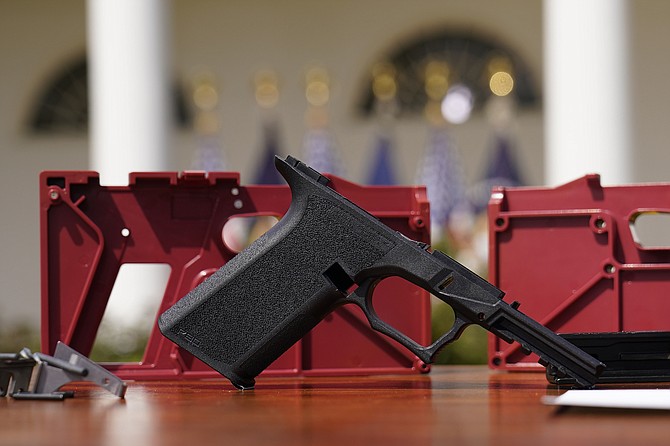 A 9mm pistol build kit with a commercial slide and barrel with a polymer frame is displayed in the Rose Garden of the White House in Washington on April 11, 2022.
Carolyn Kaster/AP