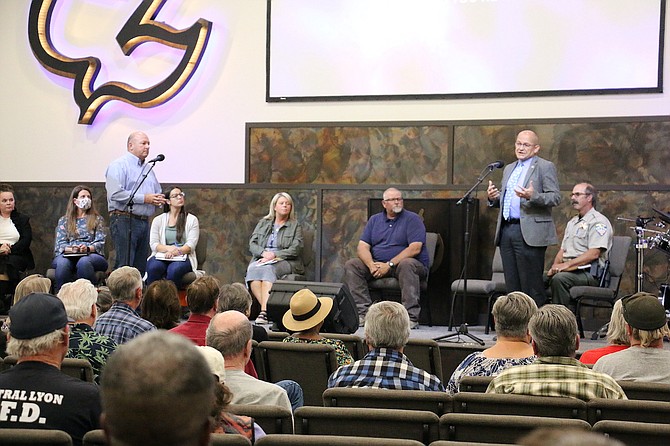 Lyon County Manager Jeff Page discusses safety on U.S. 50 during a meeting in Dayton on May 16, 2022.
Jessica Garcia/Nevada Appeal