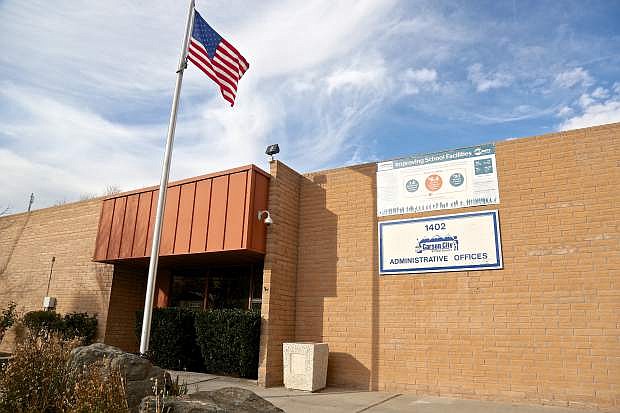 The Carson City School District’s Board of Trustees on Tuesday adopted its final budget for 2022-23 with an opening fund balance of $11.2 million and a deficit of $2.3 million that includes a $1 million contingency.

Because it would be the second year of the biennium, factors such as the special education funding amounts for now are unknown, which is typical, director of fiscal services Andrew Feuling said, making a presentation on the budget preparation timeline before the board via Zoom during the public hearing item.

Approval of the budget also indicates accepting nutrition services prices, and Feuling said a standing nutrition deficit remains. This is typical from year to year. However, through Gov. Steve Sisolak’s announcement this spring, the district will receive federal and state assistance for student meal services. Feuling said this is likely certain to keep Carson City’s program at current participation levels as the state tries to use American Rescue Plan Act funds to reduce food insecurity.

Thanks to a Tydings extension, CCSD does have another year to spend its Elementary and Secondary School Emergency Relief II funding, at an amount of $4.4 million, which now must be obligated by Sept. 30, 2023. The most recent round, the ESSER III funds of $9.9 million, was given an extra year, and Feuling said this phase is to be used by Sept. 30, 2024.

With the federal allowances, Feuling said retaining a longterm fiscal mindset will help sustain the district’s health in all areas through available funding such as grants. Concerns about attrition that potentially were at a lower risk before are returning to the forefront even as the district on Tuesday recognized 42 retiring or outgoing staff members with at least 10 years of service, including current Superintendent Richard Stokes who is set to retire June 30.

Other district plans for its ESSER II and III stimulus funds for 2023 would be applied to the hiring of eligible positions such as 12 social workers, 11 Zoom English language positions, 10 interventionists, one counselor, one distance education coordinator and teacher, one work-based learning coordinator and three teachers on special assignment and others. The funding also has been planned for equipment purchases or program needs.

Feuling expressed concerns about a possible fiscal cliff once the stimulus funds run out and said impacts are driven by declining student enrollment figures.

Nevada now uses its Pupil-Centered Funding Plan for the 2021-22 school year – a change from its former Nevada Plan, a 54-year-old formula – and it takes into account districts that are “held harmless” from budget reductions such as Carson City.

While Carson remains subject to hold harmless provisions for now, Feuling noted the district was guaranteed its same level of funding from fiscal year 2019-20, but that amount was reduced somewhat so the state could balance out its dollars among the state. Douglas County School District in time, for example, has lost about 2,000 students in its enrollment, so this is not a situation unique to Carson with its own declines in recent years, he said.

“Even with added funding, we’re still stuck at our level of funding,” Feuling reported. “Clearly, our enrollment, as I was preparing this, has dropped over the last couple of years.”

Feuling also took note of revisions to CCSD’s capital improvement plans and goals for the coming year, which was a separate item on Tuesday’s agenda.

The original final budget is due to the Nevada Department of Taxation by June 8 and will be allowed time to make changes as needed. Its ending fund balance for 2023 will be $9.9 million.

Resident Robert Harris, submitting a comment online, said he felt the budget should be allocated correctly.

“The district is shorthanded,” he said. “Where does the money go? Teacher bonuses? Diesel fuel? People don’t leave the company, they leave their direct supervisor. … I don’t know why the culture is so tired in the district.”

The motion to adopt the final budget by approving the resolution and transmittal letter and directing Feuling to comply with Nevada Revised Statute 354 was approved in a 7-0 vote.