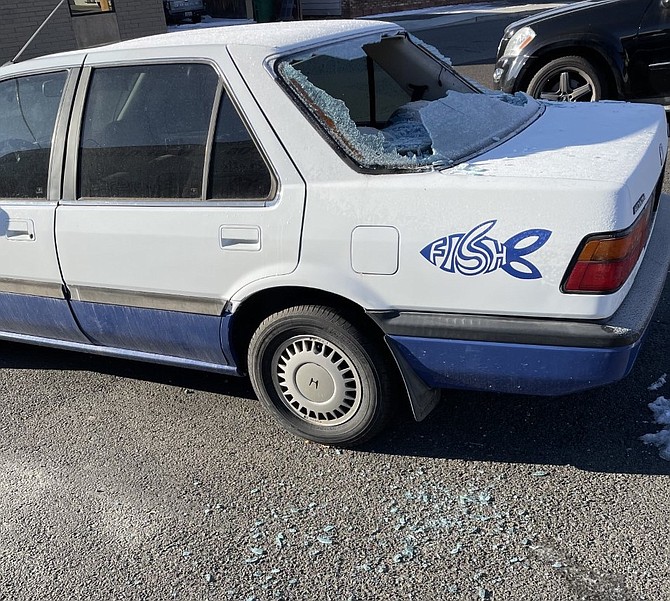 FISH’s client transport car was vandalized over the weekend.

A vehicle used by Friends In Service Helping to transport clients in emotional crisis was vandalized around 7 p.m. Nov. 19. The Carson City Sheriff’s Office is now investigating the crime.

According to Megan Short, marketing specialist at the nonprofit social services organization, someone smashed the rear window of the 1986 Honda Accord that FISH uses to transport clients in emotional crisis to the Mallory Behavioral Crisis Center in west Carson City.

“Rather than call the cops and put them in handcuffs, we use the car to transport them,” she said. 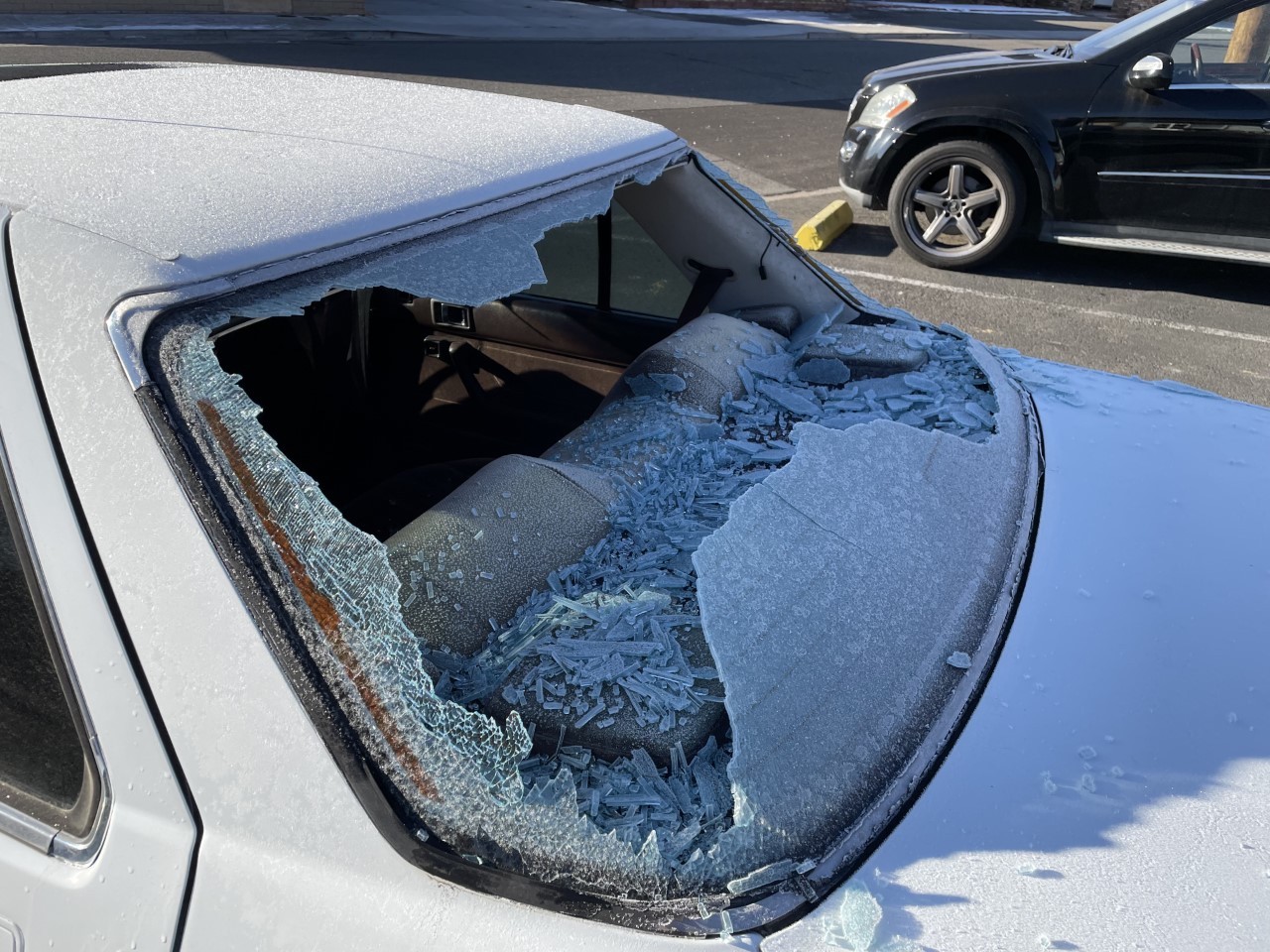 FISH has since obtained video of the incident, which occurred at the E. Long Street campus. Short says the footage was shot from behind but shows a man, who appears to be intoxicated, throw a bottle that smashed the car’s window.

“I’m not really sure if they threw something, and the car happened to be there, or if they were actually aiming for the car,” she said.

It’s possible the vandal is a client of FISH, but officials don’t know at this point. Short said she’s not sure about pressing charges if the suspect is caught.

“It’s up in the air as of today,” she said Wednesday.

The estimated damage to the car is $500, Short said.

“Is the car even worth that?” she said.

It’s been a hard year for FISH, Short said. Offices at the same site were burglarized in April. The costs of property damage and stolen goods from that crime were $800 to $1,000.

“Items for the fundraiser were stolen, and a couple doors were kicked in,” Short said.

Anyone with information about the recent vandalism can contact FISH Executive Director Jim Peckham at jim@nvfish.com.