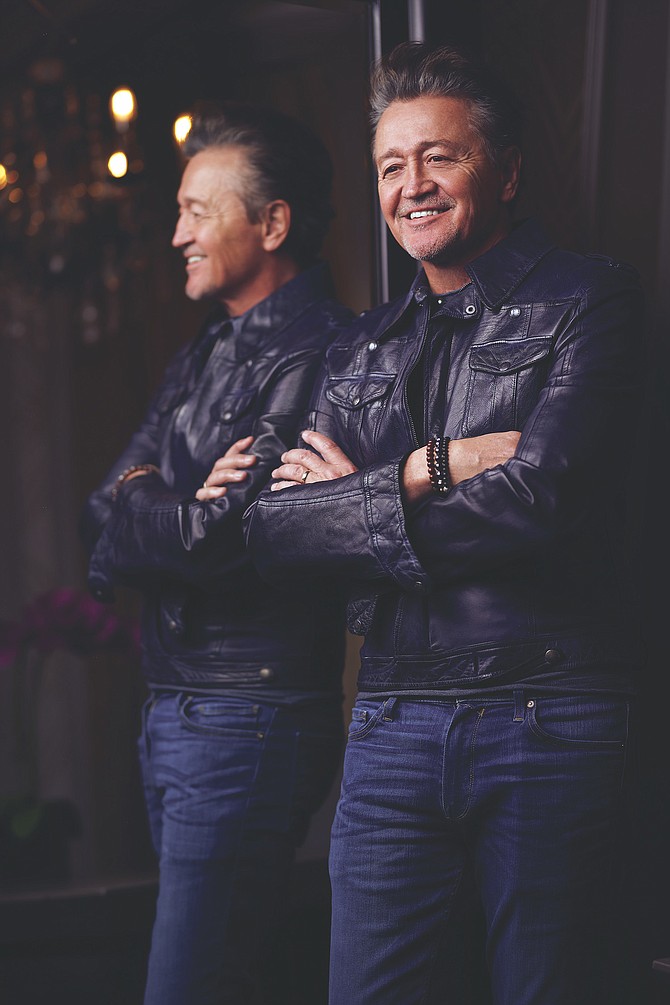 Acclaimed country singer/songwriter Mark Collie will be sharing his life’s stories and experiences on Saturday night at the Brewery Arts Center in Carson City.

“Some of the stories about the songs might surprise ya,” the Nashville musician said, “But some will entertain a few folks.”

An Evening with Mark Collie includes a stripped-down version of Collie performing his songs on guitar. They are stories about how the songs affected his life and he talks about where he’s been and what he’s witnessed.

Ticket are $25 for general admission and $20 for seniors and students.

Collie recently released his eighth studio album, “Book of My Blues,” in June 2021.

He often plays with a three-piece band, so his solo show will be a different experience.

“When it’s just sort of ‘An Evening’ with me and a guitar, I’m very comfortable with that,” he said. “I really enjoy the reaction and feedback with that.”

In the intimate setting, he said the audiences will show what they like and what they don’t like. He’ll often test the waters with new music to get a feel for how they are received.

Collie wears many hats, and his projects interweave with each other. A big project he’s working on includes Billy Bob Thornton. The two will be recording music for an album, and Collie is headed to do that after his stay in Carson City.

Every song on the record was written and derived from characters in a graphic novel, which came from another one of Collie’s side projects, the Rockabilly Hitman. Collie’s friend Jonathan Hensley (who landed Collie a role in The Punisher) has been writing and doing the art for this project. Find out more at rockabillyhitman.com.

Collie gives back to communities and through his music which he calls song therapy. He started outreach in prisons and that evolved into working recovery programs for addiction, he said.

“I believe in the power of song, and I always say a guitar saved my life,” he said. “So, I try to share what I learned with that.”

Through his work, he found The Change Companies and the owners Don and Sherry Kuhl, and that’s what helped land him in Carson City.

“Getting to know Don has been like knowing him for years,” he said.

He said working with The Change Companies has helped take what Collie has been doing since the ’90s and bring it to a curriculum and a fact-based approach.

Collie said his life was affected by addiction, and that’s part of the reason he tries to help. He said it only takes a desire to help, and if he can help a little bit every day, then he’s a little better every day.

He’s also passionate about diabetes research because he was diagnosed as a diabetic as a kid. He said he’s been fortunate and blessed to be around a lot of great people who helped take care of himself, so he wants to give back. He said he’s always doing something to raise money for research for a cure and especially raising awareness.

He said after the show he’ll stick around for a few days to enjoy the area, before heading off to California to record with Thornton. Collie did say he would like to stop through the city more often and possibly on more of a permanent basis.

WHAT: An Evening with Mark Collie

TICKETS: $25 for general admission; $20 for seniors and students. Available at www.breweryarts.org