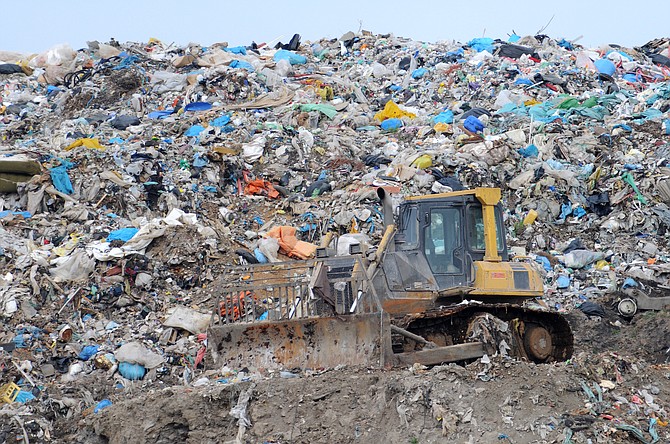 Customers of the Carson City Landfill could see higher tipping fees starting in July if the Board of Supervisors embraces proposed new rates at the Dec. 1 meeting, which starts at 8:30 a.m. in the community center.

According to a staff report by Darren Schulz and Rick Cooley of Carson City Public Works, landfill operators are proposing to raise $1 million a year for capital improvements and operations with a proposed rate hike that would take effect July 1, 2023.

Out-of-county rates for solid waste would increase to $74 a ton from $58 a ton.

According to the staff report, the 212-acre landfill has been run by Public Works since 2000 and hasn’t seen a rate change since 2011.

“The landfill is a valuable asset to the residents of Carson City, and staff is exploring ways to make sure it remains a sustainable asset in the future,” the report says. “Waste being brought to the landfill has increased approximately 80 percent in the past 10 years, creating a need to update and improve operations, implement additional safety measures, and create a master plan for future landfill operations, including expansion. Further, environmental compliance is requiring additional long-term planning and capital plans to be put in place. Staff does not believe these new and growing needs can be addressed without additional revenue for the landfill.”

The report states the current landfill has 56 percent of volume remaining and could last approximately 20 more years with a conservative estimate of 5 percent growth per year.

“Rates haven’t increased at the landfill for 11 years,” Schulz told the Appeal by email, “and we are starting to fall behind. The suggested increase would have the biggest effect on people from outside of Carson City who bring their trash to the landfill.”

If the board decides to initiate the fee hike, two readings of a new ordinance would be required as well as a business impact statement.

According to a staff summary by City Manager Nancy Paulson, Jim Dodson has requested reappointment, while new applications were received from Christopher Moltz, Lucia Maloney, and Don Hataway.