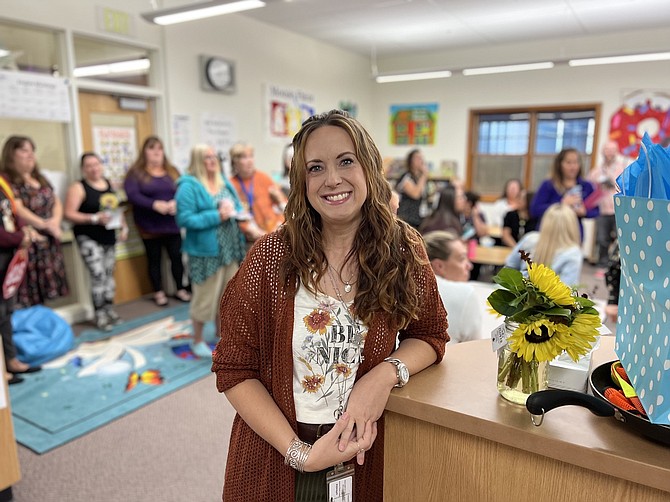 Adrienne Wiggins, a teacher at Empire Elementary School in Carson City, was announced Tuesday as a finalist for Nevada teacher of the year, though Washoe County’s Connie Hall was ultimately announced as the award’s winner, according to a news release from the Carson City School District.
Hall is a kindergarten teacher at Lloyd Diedrichsen Elementary School in Sparks.
According to the CCSD release, Wiggins was surprised during the school’s Tuesday morning faculty meeting where KellyLynn Charles, with the Nevada Department of Education, made the announcement via Zoom.
Wiggins is a science, technology, engineering and math teacher.
The other finalists were: Michaela Marich of McGill Elementary School in the White Pine County School District; Laura Jeanne Penrod of Southwest Career and Technical Academy in the Clark County School District; and Jaime Tadrzynski of Canyon Springs High School in Clark County.
Nevada’s teacher of the year is chosen from nominated individuals who are then invited to apply, the release said. After an application and interview process, the five finalists were sent to Jhone Ebert, superintendent of public instruction, to make the final selection.
The Carson City School District has had a teacher named finalist for five consecutive years:
CCSD has had four teachers named state teacher of the year: