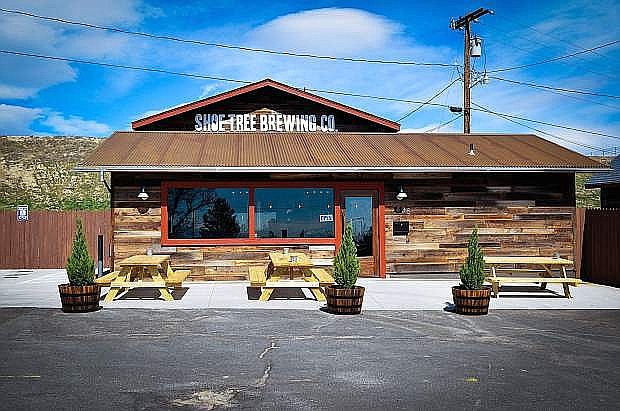 Shoe Tree Brewing Company located off Old Hot Springs Road in Carson City. The company is looking to expand with a production facility and tasting room.

The Board of Supervisors approved the first reading of two new ordinances on Thursday that will meet the evolving needs of some local business owners.

First, supervisors unanimously approved a change to code redefining what a “hotel” means – from a building with six guest rooms to one with three or more.

The change was requested by Sarah Martin, owner of the historic Rinckel Mansion on North Curry Street, which is zoned downtown mixed-use. She is updating the property and turning it into a historic inn with three guest rooms. City code, however, only allowed for a bed and breakfast for a property of that size and stipulated the owner had to live on the premises. The change approved Thursday doesn’t affect where hotels can be – in commercially zoned areas – but does allow owners of historic properties to pursue more niche lodging establishments without the requirements of a bed and breakfast.

“Staff believes this will fill the gap in code and allow adaptive reuse,” she said.

“It’s a lot of effort and work to make it a viable inn,” she said.

The second ordinance – approved by a 4-1 vote for the first reading – will add breweries and tasting rooms to the tourist commercial zoning district.

The request came from Mark Begich, owner of Carson Hot Springs and landlord to Shoe Tree Brewing and Sassafras Eclectic Food Joint. Shoe Tree is planning to expand on a neighboring parcel, zoned tourist commercial, in order to double beer production and offer a new tasting room. The company wants to renovate an existing warehouse.

On Sept. 28, planning commissioners unanimously approved the request though stipulated the use be conditional instead of a permanent use, meaning any project design would have to be approved. This would prevent larger industrial breweries from taking advantage of the change.

Sullivan reported Thursday the applicant has applied for a special use permit to get the expansion started. She said smaller boutique breweries have become tourist attractions.

Supervisor Maurice White voted against the second ordinance, saying zoning shouldn’t become hodgepodge based on varying requests of applicants. He said zoning should provide stability and predictability to neighbors. He said a master plan review is a more appropriate place to make such changes.

The project is located on the north side of Little Lane and west of South Saliman Road.

According to the staff summary, the Board of Supervisors approved the tentative subdivision map in 2019. That was for a 149-unit subdivision, to be spaced out in three phases. Phase 1 consisted of 44 units. Phase 2 consists of the 52 units approved Thursday, and the last phase will have 53 remaining units based upon the approved tentative map.

White voted against the final map due to some of the streets in the project being dedicated to Carson City. He said the city shouldn’t be acquiring more roads when it’s struggling to maintain existing roads.

Mayor Lori Bagwell said the best time to address such issues is during hearings for the tentative subdivision map, before the final map.