No fondness between Sisolak, Lombardo 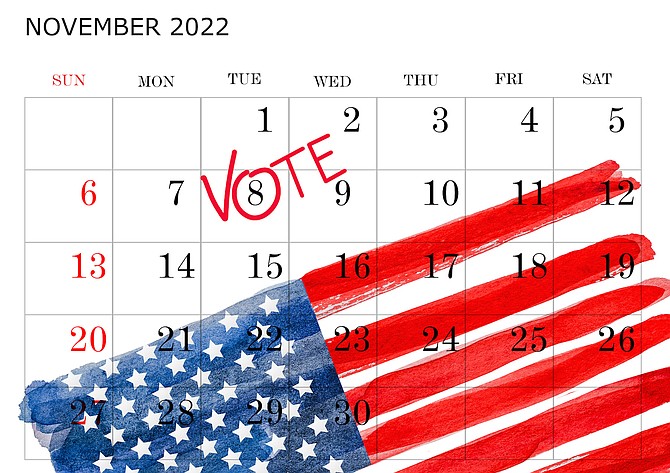 LAS VEGAS – Five years ago, Nevada Gov. Steve Sisolak and Joe Lombardo stood together in the national spotlight, kicking off a fund that raised millions of dollars for victims of the deadliest mass shooting in modern U.S. history on the Las Vegas Strip.

Sisolak, a Democrat, at the time was chairman of the powerful Clark County Commission, the elected body with jurisdiction over Las Vegas. He praised Lombardo, the nonpartisan elected Clark County sheriff and head of the Las Vegas Metropolitan Police Department, the largest police agency in Nevada.

There are no fond words now, with Sisolak seeking a second term as governor and Lombardo, with backing from former President Donald Trump, leading a Republican bid to unseat him in a key partisan race drawing national attention.

With days ticking down to Election Day on Nov. 8, polls generally show the race close between Sisolak and Lombardo. Sharp and shrill ads funded by the parties, political action committees and campaigns blame each candidate for a range of ills.

Through the end of June, campaign finance reports showed Sisolak raised about twice as much money in the race as Lombardo. Both had more than $1 million remaining to spend.

Sisolak backers point to crime in Las Vegas during Lombardo's term as sheriff and cite Lombardo's staffing decisions in a department with about 6,000 employees.

Lombardo acknowledges that crime has risen in the last two years, but says he has made the most of what he could with funding and mandates from a Democratic-controlled Legislature.

Lombardo backers point to an investigation by ProPublica, published in May, examining the hiring of a Chicago-based coronavirus testing company, Northshore Clinical Labs, that missed 96% of positive cases from the University of Nevada campus in Reno.

In a debate with Lombardo earlier this month, Sisolak denied impropriety, defended the state's fast-track licensing of Northshore to expand testing capacity and noted the company was licensed by the federal government and other states.

Some issues in Nevada echo those in the other 35 states with governor's races on this year's ballot: abortion; the performance of President Joe Biden; support or opposition to Trump; and the economy, including inflation and housing costs.

Nevada unemployment led the nation and peaked at more than 28% in June 2020, after Sisolak closed non-essential businesses including casinos during the pandemic. It has rebounded to 4.4% in August. The state has some of the highest gasoline prices in the nation, according to AAA.

Lokken termed it “a merry mess of issues,” many of them complex and hard for voters to follow.

Both candidates say they want to improve education in a state consistently ranked at or near the bottom in funding and performance with high student-to-teacher ratios. Both say teachers should be paid more.

The powerful teachers' union in Clark County, which backed Sisolak in 2018, announced this month that it won't make any endorsement this election. Bids to break up the sprawling Clark County School District, with more than 300,000 students, have stalled.

The candidates have also clashed over enacting a state-managed public health insurance option passed by the Legislature and signed by Sisolak. Lombardo, at a primary campaign event, used an expletive to deride it as bad policy.

“The economy is going to be the big driver,” Lokken predicted, but other issues such as abortion and the response to COVID, will contribute. “Neither party owns the economic issue and both of them contribute to the fracturing of the economy.”

Almost one in three of Nevada's 1.8 million active registered voters are Democrats, about 593,000, with most of them living in Las Vegas and the Reno area. Almost 543,000 voters are registered as Republicans and nonpartisans total almost 531,000.

Sisolak and Lombardo claimed victory after the Oct. 2 debate, their only face-to-face meeting, during which Lombardo hesitated when asked whether Trump was “a great president.”

“I wouldn't say great,” Lombardo responded. “I think he was a sound president.”

Later that day, Lombardo's campaign issued a statement calling Trump “a great president and his accomplishments ... some of the most impactful in American history.”

The next weekend, appearing with Trump at a Republican campaign rally at an airport in Northern Nevada, Lombardo doubled down, calling Trump “the greatest president” and playing to the GOP base with a claim that Sisolak, if re-elected, will “go after your guns.”

Sisolak promised during his 2018 campaign – in the months after the Las Vegas shooting killed at least 58 people and injured hundreds – to ban assault rifles, silencers and “bump stock” adapters that allow for rapid fire.

As governor, he signed gun safety measures passed by the Democratic-led Legislature in 2019, including a “red flag” law letting people ask judges to order the temporary surrender of a firearm from a person deemed a threat to themselves or others. A federal ban on bump stocks remains in effect after the U.S. Supreme Court this month declined to take up a challenge.

On abortion, Lombardo has walked a tightrope, saying he would govern through a “pro-life lens” while acknowledging that Nevada voters in 1990 approved a referendum allowing for the procedure up to 24 weeks of pregnancy.

“That is an issue that doesn't need to be in politics,” he said during a September campaign appearance.

Sisolak is a staunch supporter of abortion rights and has said that if he is re-elected he'll ask the Legislature to codify an order he signed that protects in-state providers and patients visiting from out-of-state.

“I support, unequivocally, a woman's right to choose,” he said during the debate. “Her health care decisions are between her and her doctor.”

Democrats nationally have focused on the abortion issue since the U.S. Supreme Court's landmark ruling in June overturning Roe v. Wade, a decision that for nearly 50 years guaranteed a constitutional right to an abortion.