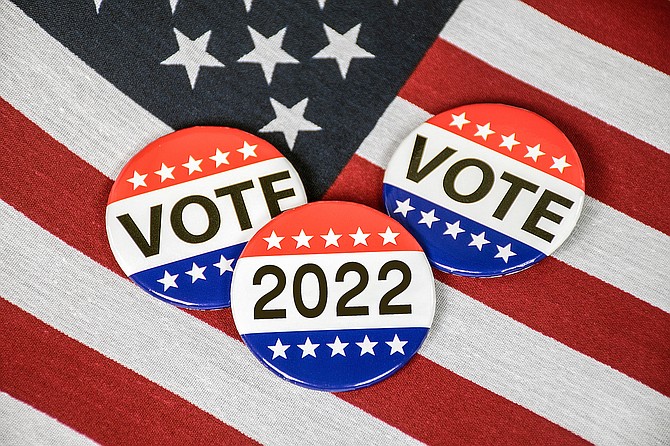 But Nye County officials vowed to reshape their plan and seek another go-ahead from the Nevada Supreme Court, after justices ruled late Thursday that counting methods used this week violated rules they set to prevent the county from allowing early disclosure of election results.

“Yesterday’s Supreme Court order requires us to make some changes to our hand count process,” Nye County officials said in a statement issued Friday that promised to “resume as soon as our plan is in compliance with the court’s order and approved by the secretary of state.”

No counting had been scheduled Saturday or Sunday, county spokesman Arnold Knightly said.

Lawyers for the American Civil Liberties Union of Nevada said Friday they stood ready to challenge any effort to restart the hand tallies next week. They don’t believe there’s any hand-counting scenario that would pass legal muster.

“Our position has always been that a general election is not an appropriate avenue for conducting experiments with election processes and it has become increasingly clear that there is no path forward for this hand counting process under the law,” said Sadmira Ramic, ACLU of Nevada’s voting rights attorney

On Wednesday, The Associated Press and other observers, including some from the ACLU, watched as volunteers were sworn in and split into groups in six different rooms at a Nye County office building in Pahrump, 60 miles west of Las Vegas.

Some teams the AP observed spent about three hours each counting 50 ballots. Mismatches, where all three talliers didn’t have the same number of votes for a candidate, led to recounts.

Cegavske has been a GOP critic of voter-fraud conspiracy theories that fueled hand tallying of ballots in the state. She defended results of the 2020 election as reliable and accurate, was censured by her party for her stance, and is not seeking reelection.

The sprawling county between Las Vegas and Reno, is home to about 50,000 residents, including about 33,000 registered voters. The county reported receiving nearly 4,700 ballots as of Wednesday.

Ballots cast early — in-person or by mail — are typically counted by machine on Election Day, with results released after polls close. In most places, hand counts are used after an election on a limited basis to ensure machine tallies are accurate.

Trump won 69% of the vote in Nye County, but Democratic President Joe Biden won Nevada by about 2.4%.

Kampf plans to use Dominion voting machines as the primary vote tabulators for this election, but has floated the idea of scrapping the machines in future elections. The effort to begin the hand count of mail ballots is a nod to the time the process takes and a bid to meet a state certification deadline on Nov. 17.

Nye is the most prominent county in the U.S. to change its vote-counting process in reaction to the conspiracy theories — even though there has been no evidence of widespread fraud or manipulation of machines in the 2020 election, including in Nevada. The decision prompted the long-time county clerk to resign. Kampf was appointed to replace her.

Nevada has one of the most closely watched U.S. Senate races in the country, as well as high-stakes contests for governor and the office that oversees elections.

The Republican nominee for secretary of state, Jim Marchant, has repeated unsubstantiated election claims and said he wants to spread hand-counting to every Nevada county.

Athar Haseebullah, executive director of the ACLU of Nevada, vowed to continue to challenge any hand-counting attempt in Nye County or elsewhere.