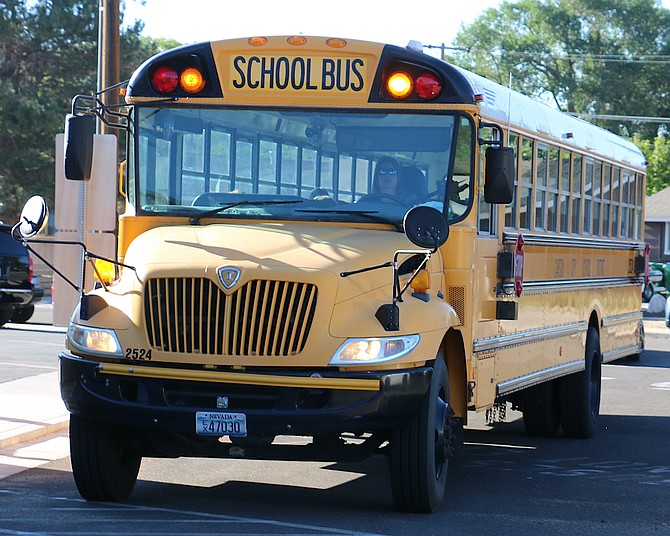 Carson City School District’s early September enrollment is down slightly over 2021-22, but it’s nothing to be concerned about as far as potential impacts on the budget, according to Chief Financial Officer Spencer Winward.
Winward said a shift in 68 students from 7,369 to 7,301 this year, partially due to rezoning as some students were reassigned from Carson Middle School to Eagle Valley Middle School, has caused certain step grade changes year to year from pre-kindergarten to 12th grade.
During the planning for Eagle Valley’s construction of its addition in 2020, when the district went through the approval process to modify its attendance zone and shifting students from Fremont Elementary School to Eagle Valley instead of Carson Middle, the purpose was to help deflect any inequities between both middle schools. At the time, it had been expected that CMS would have grown to about 1,436 students by school year 2024-25 while Eagle Valley would have only had 541 students.
Today, thanks to the add-on, current enrollment figures show CMS last year had a total of 986 and has dropped to 890 this month while Eagle Valley has dropped from 782 last year to 781 this year.
Winward said numbers continue to change daily.
As of May when the final budget was completed, CCSD’s enrollment was approximately 7,286, with September’s weighted figure now at 7,269, a difference of 17 students, Winward said. If that figure is multiplied by the Pupil Centered Funding Plan amount for fiscal year 2023 at $7,753 per student, the drop means a potential $132,576 loss in funding, Winward said. Minor fluctuations and adjustments can still make up for these dips in the coming months.
“The solution would be, if you had four tenured teachers and four teachers that came in with less experience, that would cover (the shortage),” he said, adding augmentations can be redone in December when the school board typically approves its amended budget for the fiscal year.
Superintendent Andrew Feuling said Eagle Valley has made a significant difference in the shift and rezoning.
“It just gives you an idea of where we thought things were going in the community with the student population because of what we expected once this (addition) was completed and after that three years from now that each middle school would have about 950 kids,” he said.
“The big difference is Eagle Valley,” he said. “Their population, if you go back about five years, they were down at about 620, and we were able to add about 160 students that aren’t at Carson Middle School, and Carson Middle School was at about 1,300 students five years ago. It helped take a lot of the pressure off them.”